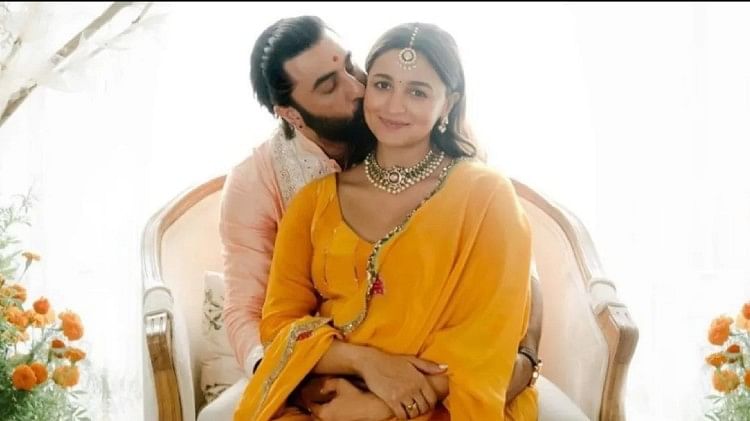 At last the wait is over. Kilkari has resonated in the Kapoor family. Yes, Alia Bhatt has become a mother. Alia Bhatt has given birth to a baby girl today. This is the first child of Ranbir Kapoor and Alia Bhatt. Everyone in the Kapoor and Bhatt families are congratulating each other. At the same time, the fans have also jumped with joy after hearing this good news. Let us tell you that this morning, Alia Bhatt reached HN Reliance Hospital in Mumbai for delivery. Both Ranbir Kapoor and Alia Bhatt were spotted on their way to the hospital, after which the fans were eager for the good news.

Let us tell you that in June this year, Alia Bhatt shared the information of her pregnancy with the fans. He shared a picture on Instagram. Now a little angel has taken birth in the house of Alia Bhatt and Ranbir Kapoor. According to media reports, Alia Bhatt was admitted to the hospital at around 7.30 am. According to the reports, Alia was coming to the hospital daily around 11 to 12 o’clock for the last few days. Alia Bhatt has shared this good news with fans through an Instagram post. He has shared a poster, which has a picture of a lion-lioness and a cub. With this he has written, ‘Best news of our life. Our baby has arrived. She looks like a magic doll. Feeling happy to be a parent.

It is worth noting that Alia Bhatt and Ranbir Kapoor tied the knot on April 14 this year. Both kept their wedding very private, in which only a few close people and family members attended. Shortly after marriage, Alia and Ranbir announced their pregnancy. At first people were surprised by this news, but then from celebs to fans, Alia and Ranbir were congratulated a lot. Soon after the announcement of pregnancy, Alia was busy promoting her film ‘Brahmastra’. During this, everyone praised the pregnancy glow seen on the actress’s face.

Ahead of Alia’s delivery this morning, her father Mahesh Bhatt made a statement. During a media interaction Mahesh Bhatt said, ‘A new sunrise awaits. A fresh sparkling dew drop of life. Now Mahesh Bhatt has finally become a maternal grandfather. On the work front, Alia will soon be seen in Karan Johar’s film Rocky Aur Rani Ki Prem Kahani. Apart from this, he is also in news about ‘Jee Le Zara’. In this film, she will share the screen with Priyanka Chopra and Katrina Kaif. On the other hand, Ranbir Kapoor will soon be seen in Luv Ranjan’s film, whose title is not yet decided.