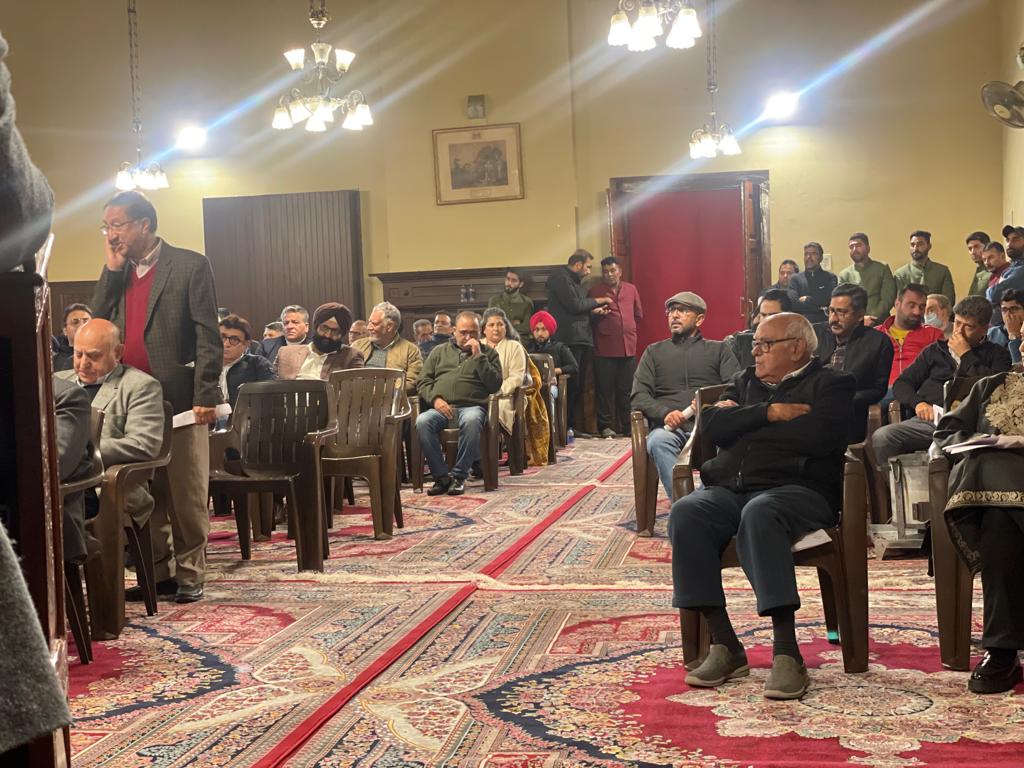 Rauf A Punjabi was appointed president of the AGM under article 30(2) of the club’s statutes.

The Honorary Secretary of the Club, Nasir Hamid Khan, in his welcoming speech informed the participants about the improvement in income compared to previous years.

He also thanked the Club’s Board of Directors, members and Staff for their collective support in improving various Club facilities.

The members recorded their gratitude for the tremendous effort made by the Board of Directors to reactivate the Club and turn it into a place where members and their families could enjoy the different facilities.

Among the matters discussed at the meeting, the Audited Accounts for the year 2021-22 were approved by the General Body. The proposed amendments to the Club Statutes by the Steering Committee were discussed in detail. Members who participated in the discussions included Mohd Shafi Pandit, Dr. TS Sethi, Saleem Beig, GR Sufi, Harmeet Singh Mehta, Showkat Shahdad, Mian Mustaq and Showkat Zargar.

The meeting ended with a vote of thanks to the President.