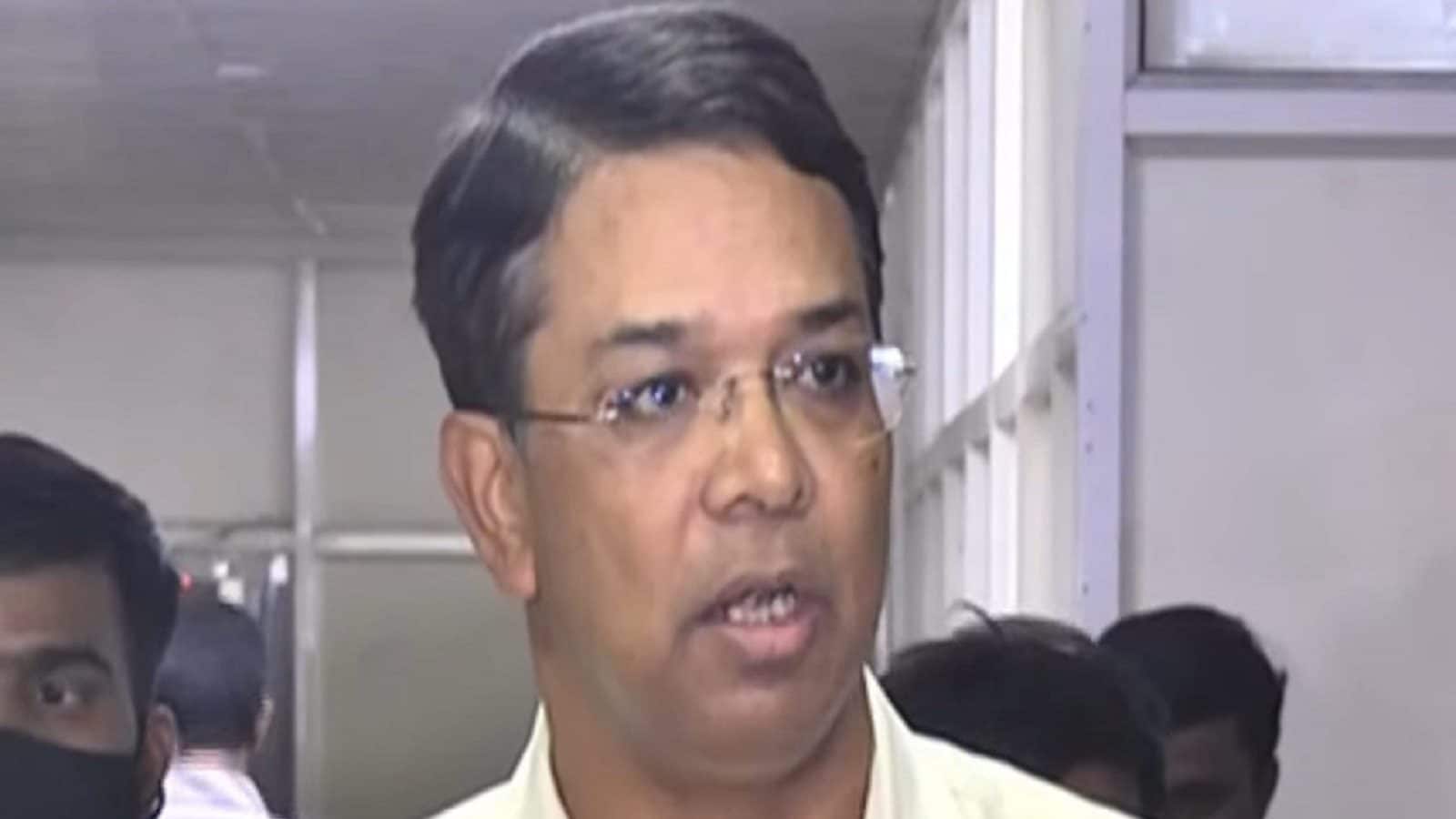 State Chief Electoral Officer Vikas Raj has reacted to the delay in the counting of votes in the Munugudu by-election. He clarified that the process is being delayed due to the large number of candidates who participated in these elections. Observers working there noted that the counting is conducted only after a comprehensive check of all aspects. After the fourth round, there was a delay of 20 minutes with the counting of votes in the fifth round. He said the results would be evident only after the signing of the ARO. Vikas Raj said they will inform the media once the round is over. After completion of four rounds, TRS has secured 26,443 votes while BJP has secured 25,729 votes. The Congress party got 7,380 votes. TRS leads with 714 votes after four rounds. The results of the 4 rounds will be announced by 10 am. But for almost an hour and a half, the results have not been announced. Union minister Kishan Reddy and state BJP president Bundy Sanjay expressed anger over the delay in declaring the results. He asked why the results were not disclosed from time to time. Kishan Reddy called the CEO on the matter. It turns out that the results of the 4 rounds were uploaded within 10 minutes of the call. Bundy Sanjay alleged that the attitude of the state’s chief executive in announcing the results of the previous by-elections was suspect. If TRS leads, the results will be updated soon. But Bandi Sanjay expressed anger that the CEO is not releasing the results when the BJP is leading. Bandi Sanjay demanded that the results of the first and second rounds should be declared sooner and the reasons for the delay in the results of the third and fourth rounds should be given. There is no delay in declaration of results. And now why the results are not disclosed. He said that if the media is not pressuring them, why are they not revealing the results of the rounds.


Bundy Sanjay warned that any error in the results would be appealed to the Central Election Commission. In the past, too, Sanjay has expressed concern over the behavior of election officials. He clarified that he will complain to the Central Election Commission about the biased attitude towards the elections. Sanjay said that Rajagopal Reddy, who was subjected to many temptations by the TRS leaders, was going to achieve a resounding victory. Bundy Sanjay criticized BRS and TRS with Rajagopal Reddy’s victory. Munugudu thanked the youth who exercised their right to vote and set an example for others.
Munugode Bypoll Result: BJP, TRS clash.. Fifth round is most important.. because..
Munugodu ByPoll Counting: BJP Aggressive in Munugodu… Leading in Fourth Round… 5th Round Most Important
By 10 am, the European Union announced the results of 4 rounds. But after that, no result has been found yet. Each round usually takes 20-30 minutes. But after the counting began, many doubts were expressed about the delay in the quick counting of votes. After 4 rounds, the officials took a break for tea. For this reason, the results of the 5th round are postponed. However, the delay in results is now a cause for concern.