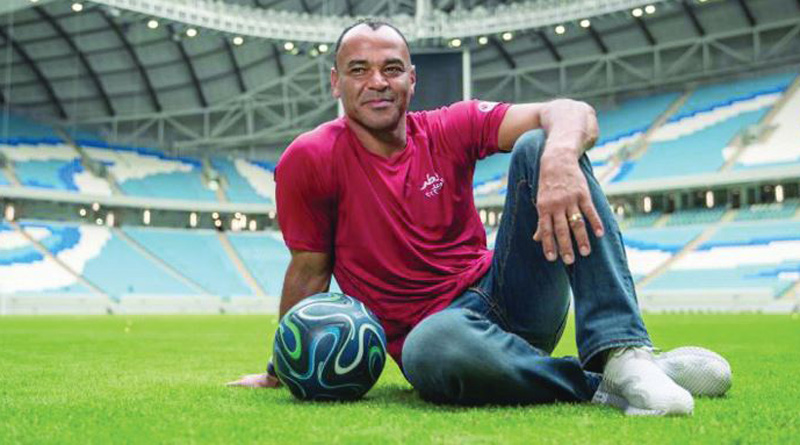 Two World Cup champions. Runners on one. Copa America (Copa America) champion twice. Also won the FIFA Confederations Cup.
Any one of these facts, if a footballer had a nickname, he would have been imprisoned in world football. There are some of these honorable Brazilian Cafu. Shatadru Dutt Initiative is bringing the former star world champion captain to Kolkata on Friday morning. Before that, the former Brazilian captain took a flight from Sao Paulo to Kolkata Kafu (Cafu) spoke exclusively to ‘News Daily’. But in a very short period of time, he carefully avoided the topic of Cristiano Ronaldo.

Did you know that the city you step into at 8.45 am on a Friday morning can be called by the name of any city in Brazil other than Calcutta?
Kafu: I don’t understand…

I mean, will Tite’s team get the same support from the people of Kolkata at the World Cup in Qatar that Neymar gets for Brazil’s national football team in Sao Paulo or Rio de Janeiro?
Kafu: Oh…. Really? Kolkata people love Brazil so much?

You will understand when you step into the airport on Friday morning.
Kafu: The organizers, however, told me about Brazil’s popularity in Calcutta. But I really had no idea. I thought, the amount of love overflowing with the Brazil team in different parts of the world, is probably the same here. But from the news I am getting now, it seems like I am going to my ‘home ground’.

You are coming to Kolkata at a time when Brazil will start their World Cup campaign in Qatar a few days later.
Kafu: From what we can see so far, there is reason to be optimistic about Brazil.

Be clear, Tit’s team can win the World Cup this time?
Kafu: The Brazil team is in great shape under Tite’s coaching. Like me, all Brazilians think that under Tita’s coaching, we have a great chance to become world champions this time. But this support or expectation is not only from emotion. You can bet on Teeter’s team because this time our team is very balanced. Technically very strong in Titer’s coaching. Keeping the opposing countries in mind, this time we have a golden opportunity to win the World Cup.

After Pele, Brazil got Zico. Then Romario, Ronaldo got the star seat in the hearts of Brazilian fans. How would you like to see Neymar next to these stars?
Kafu: It goes without saying that Nemar is an amazing footballer next to the ones you mentioned. These footballers are not just from Brazil. Get star seats on soccer maps around the world. But among them, Pele, Romario and Ronaldo have got a chance to touch the World Cup. Zico no longer has that chance. However, this time Neymar has a great opportunity to touch the World Cup in Qatar.

Before the start of the last two World Cups, huge expectations were built around Neymar. But in the end, the Brazilian star has a record of failure from the two World Cups in Brazil and Russia. Do you think the World Cup in Qatar is the last chance for Neymar to become a star?
Kafu: During the two World Cups in Brazil and Russia, undue pressure was placed on Neymar. In the previous two World Cups, however, Nema did not have a star to meet expectations. But this time the situation is completely different. Neymar is now a ‘star’ footballer. He knows how to deal with difficult situations. And it seems that Neymar will not miss the opportunity to prove himself in this year’s World Cup in Qatar. Neymar will surely understand in the World Cup, who is Neymar? What can Neymar do for Brazil on the pitch?

In the end, despite winning the Copa, Messi has yet to win the World Cup. And this is Messi’s last chance?
Kafu: To say great about Messi would be an understatement. Outstanding talents of world football. That’s right, Messi will surely be waiting, to remember the moment with the World Cup in his hands at the end of his career. Just what big footballers want.