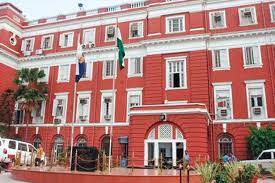 Puber’s Pen Correspondent: Roads are signaled green for VIPs to travel easily. But many times the police have to get confused about who will get this benefit. Lalbazar made a list to get rid of that irony.

It is learned that only 15 VVIP names are on that list. The traffic signal will be green for only them.

According to sources, there are 15 VVIPs in the newly created list. They include six constitutional figures, four senior bureaucrats, four senior police officers and a member of Parliament. Constitutional officers include the Governor, Chief Minister, Chief Justice of the Calcutta High Court, Speaker of the State Assembly, Leader of the Opposition and the Mayor of Calcutta.

Besides, there are Chief Secretary, Home Secretary, Chief Minister’s Private Secretary and Alapan Banerjee as senior bureaucrats. The police chiefs include DG of State Police, Kolkata Police Commissioner, Kolkata Police Special Commissioner and ADG (Law and Order). The only MP who is on the special list is Diamond Harbor MP Abhishek Banerjee.

In the words of an official of Lalbazar, as a result of this new list, the safety of VVIPs can be ensured on the one hand, and traffic congestion will also be controlled. If the list of VVIPs is specified near Lalbazar, the police feel that the traffic jam problem can be reduced a lot.

According to sources, Lalbazar has already instructed the traffic police to strictly follow the list of 15 VVIPs.