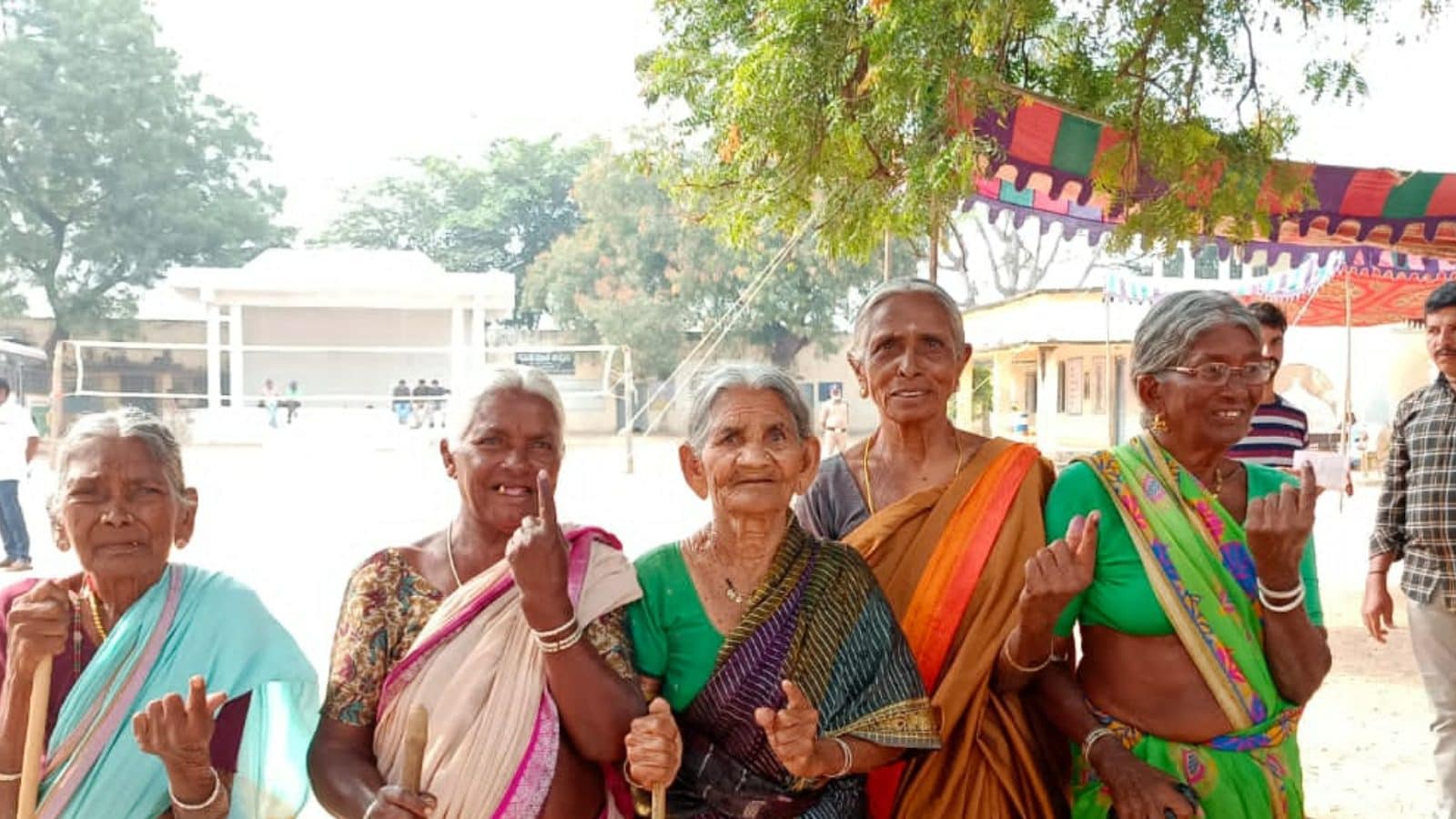 As everyone expected, Munugode Baipol recorded a record turnout. The survey got off to a slow start on Thursday morning and gradually picked up momentum thereafter. Voters gathered in large numbers during the last hour. Despite the fact that voting ended by 6 p.m., those who were standing in line at that time were given the opportunity to vote. That is why voting ended late in many places. In some booths, voting continued until half past eleven at night. After the end of voting at all polling stations, the voters announced detailed voting information. State Director General Vikas Raj said that 93.13 percent polling was recorded in Munugodu Polling. CR-Munugodu: Is this the real reason for KCR’s silence on Munugodu? This level of polling has never been seen before. This is the highest indicator to date. In the 2004 elections, the percentage of voters was 87.31%. 77.15% in 2009, 82.15% in 2014 and 91.31% in 2018. Canceling all previous entries. This time it is significant that the survey (Voter Turnout in Munugoda) was registered on a large scale. Voting boost.. Who will gather? We need to know who will be harmed. But who is sure of victory? BJP and TRS leaders are beating the drum that their party will surely win. But the exit polls gave TRS an edge. Most exit polls predicted that the TRS party would win in Munuguda. Rose leaders are confident of the victory of the TRS party, their candidate Kusukutla Prabhakar Reddy will get a majority of more than 20,000. BJP leaders say there is no need to ignore the exit polls. The exit poll predictions were wrong in the last elections.. The same will happen this time too.. He expressed confidence that the result of Dubbaka and Huzurabad will be repeated now. His candidate Kamathi Reddy Rajagopal Reddy is sure to win.


There were 47 candidates in the previous elections. Mainly there is competition between TRS, BJP and Congress. While Kusukuntla Prabhakar Reddy is contesting from Telangana Rashtra Samithi (TRS), Kamathi Reddy Rajagapal Reddy is contesting from Bharatiya Janata Party (BJP). Palvai Sravanti Reddy is running for the Congress. There is a lot of tension as to who will win this three-way battle. After counting the votes on November 6, their fate will be known.